We are fast approaching another release (soon™), and we’ve been very busy since the last one. There are a number of smaller changes, but we thought it would be nice to share some of the bigger/more important changes ahead of time, so that they are not missed in amongst the release notes.

We already posted about this on discourse recently, however it is worth repeating that the next release of Pi-hole FTL will have a hard incompatibility with Stretch/Stretch-based operating systems. To quote the discourse post:

By this update, the minimum required operating system is changed from Debian Stretch (9) to Buster (10). Debian 9 was initially released on 2017-06-17. It was superseded by Debian Buster on 2019-07-06. Stretch received Long-Term-Support since 2020-07-06 but only until 2022-06-30. It cannot be considered safe to continue running Stretch and, hence, Pi-hole dropped Stretch support – now also for the pre-compiled binaries.

There are several motivations behind this, namely:

If a user now has blocking mode set to IP, and given the example of blockedpage.com being on their block list, this is what they will now see when visiting http://blockedpage.com 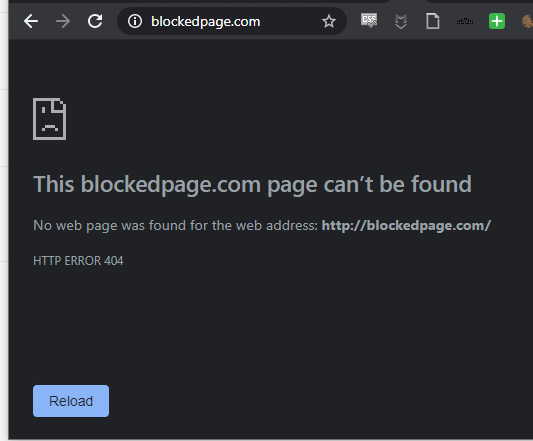 Users can still create their own 404 handler (to include “blockpage” functionality if they so wish, though per the notes above – why would you?) by creating a file named custom.php in /var/www/html/pihole and designing it to their tastes. (if they really wanted, they could just copy paste the code from the old index.php into custom.php, but they would be responsible for making it work if anything broke 😉 )

It was a nice page when it was first invented, but the time has finally come to say goodbye to an old friend, and put it out of it’s misery.

This change will be the most immediately obvious to those that have their web interface behind a password.

Unauthenticated requests are now presented with a login page, and the previously seen data is now suppressed until a user is logged in.

When we first introduced group management years ago, we felt it necessary to keep these links separate to ease the transition (though they were actually the same page). With the next release the dedicated Black/Whitelist pages are removed, and instead the functionality can be found on the “Domains” heading of the side bar.

Improvements to the top right menu and sidebar

In addition to the above, we have also made some more subtle layout tweaks that we think improve the overall UX

6 Likes
How do i get the Status Monitor (Temp,Load,Memory) back to Login Page
Dns service not running
Dashboard incomplete
Whitelist and Blacklist and Regular Expression missing in the menu
Unsupported OS - Raspbian 9
Where did Blacklist menu option go?
Unsupported OS detected: Raspian 9