I'm having problems finding my installed pihole web page.
My setup is:

I think that pihole should be associated with eth0 and be accessable form the laptop. But I am not able to install pihole that way.

Can anyone suggest how to install pihole so the laptop can see pi.hole/admin?

You are using a Raspberry Pi as your router? Did you add an USB ethernet dongle?
And you are trying to install pi-hole from the laptop to the Raspberry Pi?

I'm as confused as you:

If they are, indeed, using the Raspberry pi as a router, it would have a front ip address assigned by the gateway (Starlink) or manually configured/static. And then on the back end whatever they want in the 192.168.xxx.xxx range.
The front and back can be on any subnet you want; if you can do the ip ranges in octagonal math.

edit
and are they using wifi to connect to the Starlink?
I just noticed that.

I'm using the Pi as a router, with a wifi link to the Starlink modem, and then ethernet to my lan. It does work, as the laptop has access to the internet.

Maybe start with running "pihole status" in the Pi terminal and if nothing jumps out, run "pihole debug"

The developers are super helpful if you choose the upload results option and give them the debug code here.

It does work, as the laptop has access to the internet.

Please understand, these are contradictory: You say you "hope to do eventually", but also say it is working .
You say Starlink has only one option but it must have two: use it as a router or disable its router.

What is doing DHCP on your Lan? How do you know the IP address of your Raspberry pi if you cannot see it?

Okay, the easiest way to install pi-hole is to hook the raspberry pi to a monitor, keyboard and mouse, open the terminal and install.

I don't think you'll be able to bypass the router itself?

I think that pihole should be associated with eth0

But I am not able to install pihole that way.

What have you tried? How have you attempted to set up Pi-hole?

I don't think you'll be able to bypass the router itself?

You can, but they do not make it easy and according to them, not through wifi:

Can I add a 3rd party router or mesh system?

Yes, you are welcome to connect your own equipment to Starlink. However, we cannot guarantee Starlink performance or compatibility with 3rd party routers or mesh systems. Additionally, the Starlink App may not work as expected when using 3rd party routers.

Now that I have read up on it:

You can buy whatever Musk wants you to buy and fight to get your router to play nice with Starlink.
Or:
you can set up your pi-hole using the wifi from Starlink and if Starlink will not let you assign the DNS to your pi-hole, manually configure every device to its IP address.
My pi-hole is not using Ethernet and it is fine.

When everything is working the way I want it to, I will bypass the Starlink router and use the Pi as the router for my full lan.

What have you tried? How have you attempted to set up Pi-hole?

Several times. Pihole is installed, but I cannot figure out what addresses to use.

you can set up your pi-hole using the wifi from Starlink and if Starlink will not let you assign the DNS to your pi-hole, manually configure every device to its IP address.
My pi-hole is not using Ethernet and it is fine.

That is what I am doing at the moment with my work lan at the moment. I am trying for a way to not have to go into every device and adjust the DNS individually.

I suppose that I could use 2 Pis, but using 1 would be nicer.

It sounds like you need the Pi to act as a gateway between the Starlink and Pi-hole, which may be what you were trying to do. Let the Starlink use whatever DHCP it has to assign the Pi an WLAN address (and DNS) in one one subnet and let the Pi run a DHCP for the other subnet with the gateway passing packets between the subnets. In the instructions below, you could ignore the part of "Configuring DHCP Server" if you enable DHCP in Pi-hole. The static for eth0 for the Pi should be the IP address for Pi-hole. 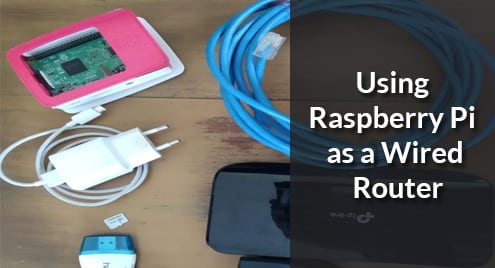 After some "research," maybe add a USB WiFi dongle to the Pi. Then, you have two wireless interfaces, which should make a wireless to wireless gateway possible.

It sounds like you need the Pi to act as a gateway between the Starlink and Pi-hole, which may be what you were trying to do.

I have my Pi acting as a router between the Starlink and my experimental lan now.
I have:

As for lan wifi, I have a Brostrend wifi

[quote="Blockhead, post:15, topic:54456"]
The static for eth0 for the Pi should be the IP address for Pi-hole.
extender/access point installed, and my iPad works fine. The hardware is installed and working fine.

I used the web page you referenced as my guide to setting up the base system.

I'm still unsure of where you're getting the DHCP from in each subnet. You could download a tool or app to give you that information, preferably from a device that is connected to Internet. There is a link to a Windows tool on this page: GitHub - CyberShadow/dhcptest: Cross-platform DHCP test client

It will return the DHCP responses, including the DHCP server identifier (Option 54) and the DNS addresses (Option 6). Then, keep working it until there is only one DHCP server returning the DNS address of the Pi for Options 54 and 6. This is to confirm there is no rogue network intercepting your attempt to access the Pi by putting your device on a different network.

And there is always the option of "pihole debug" and giving the pihole developers the debug link.

Starlinks address is 1.1, the only client it has is your pi using its wifi with an address assigned by Starlink: 1.203.
You have only one wired connection coming from the Pi going to your extender/AP (they are not interchangeable and since the it is wired it is AP) The lan side of the Pi which should be ETH0 is 2.1. That is its router address. That is the address your AP gets when it is plugged.

What you need is a virtual lan port and then install pi-hole and give it a static address using that address...
I do not know if that can be done.

You may be able to go into Local DNS settings/local dns records, give the pi-hole a domain enter an Ip address and assign that ip address to the pi-hole install, but that is me just brainstorming. I doubt that would work.

"Configuring DHCP Server" if you enable DHCP in Pi-hole. The static for eth0 for the Pi should be the IP address for Pi-hole.

Maybe, but how does the router forward packets sent to it, to be handled by it, to software that is that is concurrently handling packets on the same IP address?

Seems like a loop at best: Client wants DNS lookup, my DNS server is me.
I mean, how? How does the router reconcile that?

I'm still unsure of where you're getting the DHCP from in each subnet.

There are two sequential DHCP servers. Pi then Starlink.

This is what I understand as happening: