Running on a AWS server with Ubuntu 20.04 LTS

Your problem is not well described. You have posted a picture with the relevant information redacted.

Pi-hole is not involved in any transactions directly to an IP. If you have the IP, you don't need domain resolution, and that is what Pi-hole would provide. You ask Pi-hole for the IP that belongs to a domain name, and Pi-hole returns the IP.

When the IP is a private number behind a router running NAT, why do people feel the need to blackout the number so it cannot be seen? There is no reduction in security if the world knows that 192.168.0.1 is the IP on the Router's LAN.

It's on a AWS server so it's the server IP I'm blacking out.

If you are entering an IP and the other end doesn't respond to a ping, that's not a Pi-hole problem. Pi-hole had no involvement in that transaction.

You can verify this by repeating the IP ping and then checking your query log in Pi-hole. There should be no matching query.

Then what do I do? Just a noobie here trying to explore PI-Hole and maybe one day donate if it all works.

also currently pinging the IP and I'm seeing nothing in the logs.

The endpoint may not respond to pings. Not all endpoints do.

As I noted, this is not a Pi-hole issue, since your ping doesn't involve a DNS resolution.

Here is an example from a Pi which uses Pi-hole for DNS.

Pings to both the domain name, and to an IP. Both were answered, since the endpoint responds to pings.

Not that only the ping to the domain required a domain name resolution from Pi-hole, and Pi-hole provided that. The ping directly to the IP had no interaction with P-hole, because the IP was known.

Like it must be a server issue then, but all ports should have been opened so it doesn't really make sense.

Are you able to ssh into the AWS server? If so, you have connectivity. From there, configure the server to respond to pings.

I tried completely reinstalling the server now, got to install pi-hole and it "works" my PC is using the IP as an DNS and I'm on the internet but when using nslookup command in cmd on domains I get a DNS timeout and when using the command ping it works fine, and it's showing nothing in the logs of me browsing the internet.

I'm using openDNS and also tried Quad9 DNS on the pi-hole in settings.

Again it's running on a AWS server with ubuntu 20.04 and I followed this guide: How to Setup Pi-hole on an AWS Instance – Mumble Grumble

Your above screenshot detailing that your Pi-hole is receiving requests from public IP addresses would suggest that you may be running an open resolver, which poses a potential threat for all Internet users, e.g. by serving as a multiplier in a DNS Amplification attack .

The Pi-hole team strongly discourages Pi-hole’s usage as an open resolver, and we won't provide support in that case.

Oh, must be something with the security settings on AWS then, will try to limit it to my IP only. Thank you for giving me a heads up.

The proper way to integrate a cloud-based Pi-hole is via VPN, allowing secure access by authenticated clients only.
See the VPN section from Pi-hole's documentation (at Guides|VPN) for further suggestions, e.g. Overview - Pi-hole documentation.

I've now closed it to only my ip I hope. 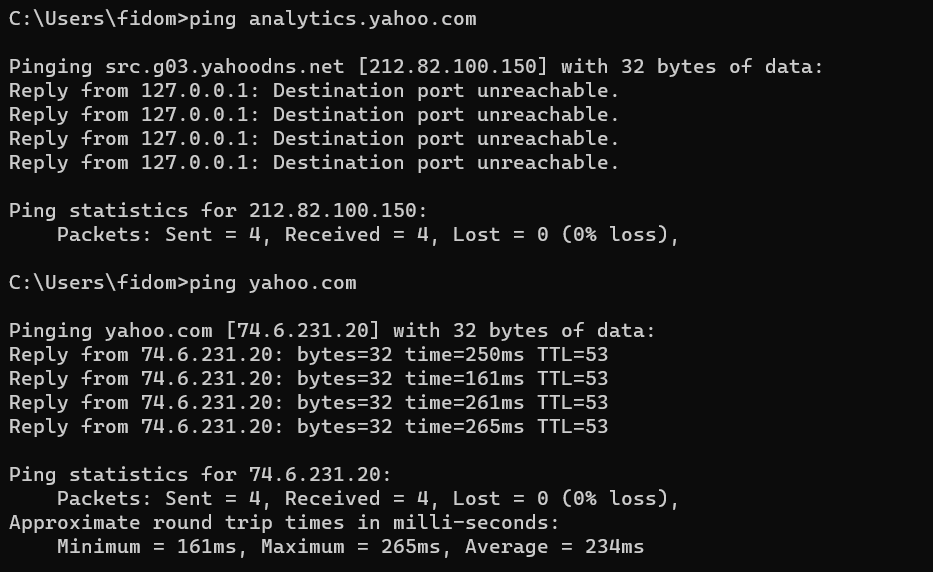 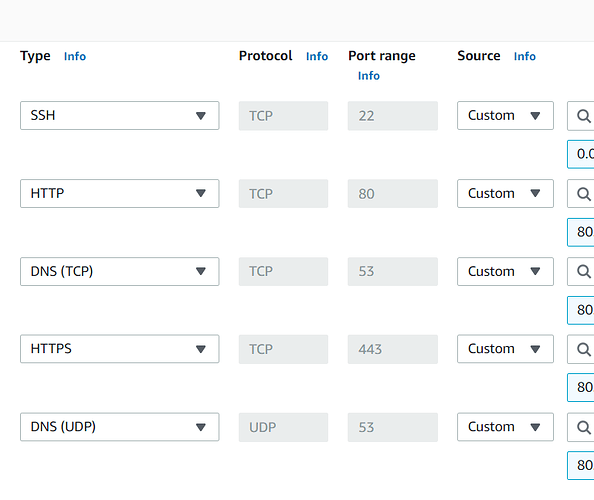