I decided to bring to my bench and plugged into a monitor and connected a usb keyboard. Plugged in the network cable and power and watched on the monitor. It went though the boot up and then the login prompt appeared. The network port went active and then I could see each docker service slowly and I mean slowly logging their startup on the screen and bam again the pi's network port went dark and the display went blank. Thought it was power and swapped adapters and the same pattern only faster this time.

Well the only thing to test next was replacing the SD card and I had a 32 gb one laying around dong nothing so I put the lastest version of Pi OS 5.10 lite. Put the card in and powered up and crossed my fingers. And it booted and stayed running. SSH'd into the Pi since I was using docker for most apps all I had to do was set a static IP address, host name, time zone, and a few other things on the OS.

I then copied the docker directory from a backup on to a usb drive and then copied that on to the Pi and all my compose configs for pihole and other just came right up as they should of so the Pi is back in business.

As a triage I took what appeared now to be a SD card that is on it's last leg I wanted to see if I could get anything off the card. I was able to use a ext4 reader on windows and got access to everything on the SD card but there was no indications in syslog of why it stopped running logging just stopped. I then decided to make a image of the this card using Win32DiskImager. And then I think I found what was causing the Pi to hard stop as the imager software ran the bitrate of copy became slower and slower and the card seemed to get a bit warm. That image copy never finished and I just cancelled. I then took something frozen out of the freezer wrapped it in plastic with the SD card reader and connected it to my computer and ran the image copy again. This time it finished and the read rate was pretty consistent.

Moral of the story SD cards

Docker I love it.

How old was your sd card when death came?

I put the pi into service January 2019 and used a high recommended Samsung 32 GB card from the Raspberry Pi pages. So I got 2 yeasr 8 months out of it. 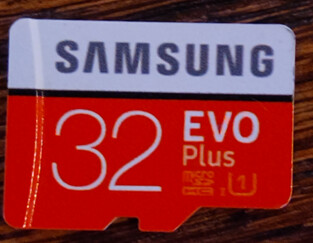