Change hostname of devices in dhcp by my own

I use pihole as a dhcp server. But some devices don't have hostnames, see this picture: 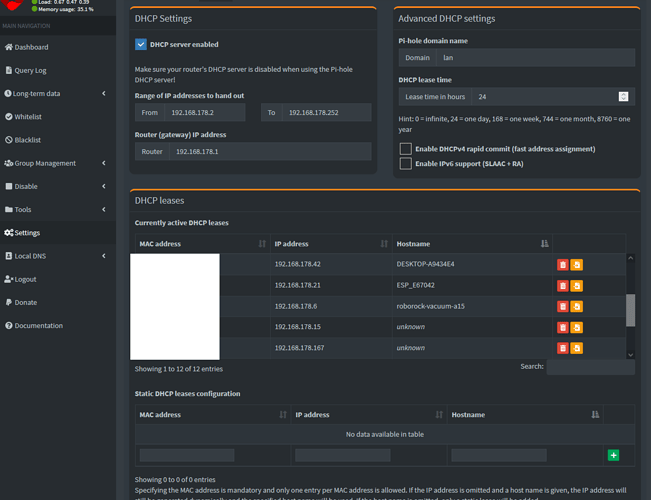 Any chance to change the hostname by my own? Like replacing 'unknown' with 'iphone'. I already tried this with the Static DHCP leases configuration section:

But if i take a quick look in my query log, my device is still recognized in the Client column with the ip address 192.168.178.27 and not iphone:

EDIT: Ow I believe iphones have a particular setting which randomizes the network interface MAC address causing Pi-hole to have a hard time figuring out names bc the IP address changes all the time ... I believe.
Try search Discourse here!

The mac address of my iphone didn't change (also, I've got a dhcp lease of 24 hours). This is not the problem, I guess.

What would be the difference between using Static DHCP leases configuration or DNS Records in this specific case?

Both wont work if the MAC changes all the time.
Try post output for the commands I posted above with your own IP's and MAC's?
Partialy redact the MAC addresses like I did above!

EDIT: Ow I forgot you run it in Docker.
Drop docker exec <CONTAINER_NAME> before above commands on the Docker host eg:

Maybe the dig doesnt run in the container, I have little experience with the Pi-hole Docker container.
You can run the dig on the Docker host instead.