Expected Behavior:
Earlier tonight, I installed a pi-hole on my network using a pi zero w running raspbian. The installation itself was a standard installation of a pi-hole on a google wifi network. Installing the pi-hole has made my SatNOGS ground station (built around a pi 4 running Raspbian SatNOGS) go offline and disconnect from the internet, which is unexpected behavior.

An earlier troubleshooting attempt led me to set the ground station pi to use google's DNS server in dhcpcd.conf, but that wasn't working, so I commented out the line. The current nameserver in the code block below is the IP address of the pi itself from the perspective of my wifi router. According to the pi-hole GUI, the "Pi-hole domain name" is "lan"

What configurations do I need to change to get my SatNOGS ground station pi back online?

This indicates a network connectivity issue, not a DNS issue. While pinging an IP, DNS (hence Pi-hole) isn't involved at all.

Your debug log is fine. Only part that could cause issues is:

Your router's DHCP is still active in addition to Pi-hole's DHCP. Did you limit the DHCP range to only the IP of your Pi-hole device? 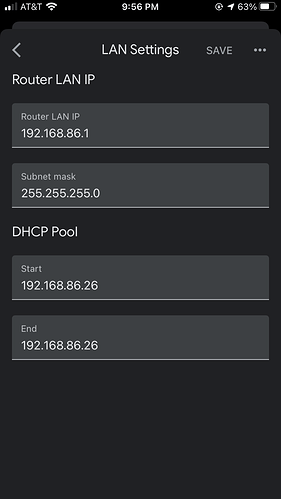 As mentioned by yubiuser, your issue is not related to DNS:
That's your router telling you it can't reach 8.8.8.8.

(Side note: Use nslookup or dig to analyse and document DNS issues.
In general, ping isn't adequate to analyse DNS issues, even when using hostnames, as it resolves hostnames through a variety of sources, not just DNS. Pinging IP addresses does not involve name resolution at all, which is the case with your observation. ).